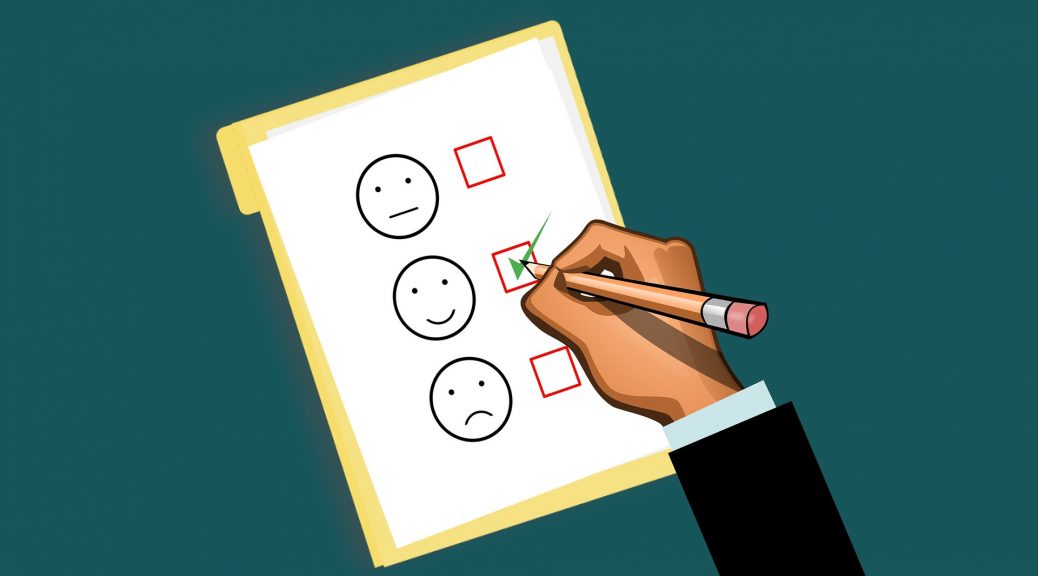 I use Windows, Linux and Mac. I hop between them several times a day and find that each has its own strengths and annoyances.

This evening, Windows presented me with a prompt, asking how hard it is to customize Windows. It took me out of my workflow, distracting me from the task I originally wanted to work on.

As a society, we get a lot of surveys. Because if asking a small sample of consumers what they think of a product will give useful information, then asking a large group will surely give the survey takers an even better idea of what’s going on.

And so, we get surveys on the receipts at restaurants and home improvement stores. We get feedback requests from apps on our phones. (We probably get surveyed on drug store receipts, but it’s hard to tell with all the coupons.) And now we’re being prompted for feedback from the computer’s operating system.

Here’s how to (hopefully) remove that one: At least, until they add another survey tool.

I’ll update this post as I find other feedback prompts to disable.

(Image by Pixabay user mohamed_hassan, used under the Pixabay license.)