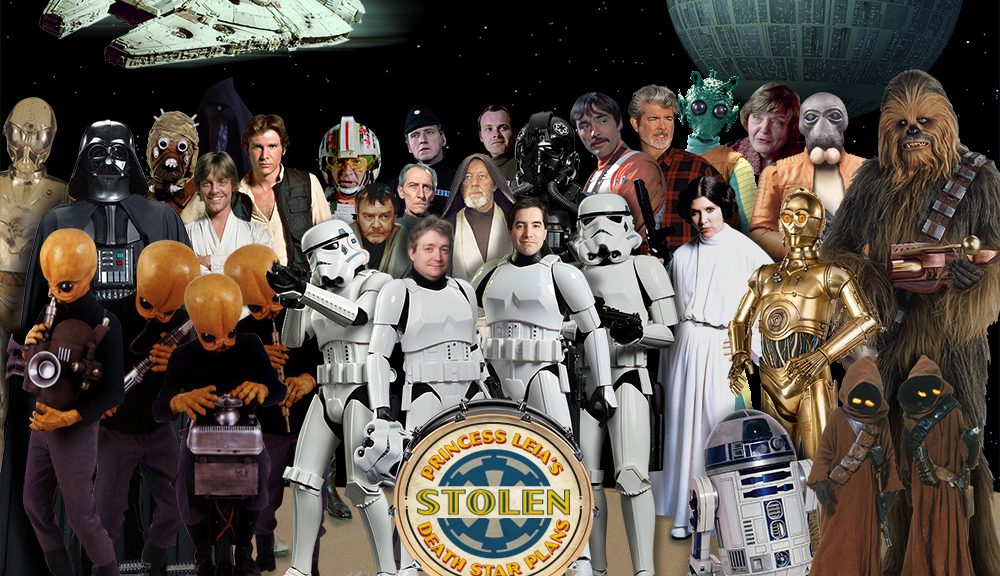 Some of the tracks don’t do much for me. For example, although the lyrics are moderately clever, “Luke is in the desert, whining” just hits me as a boring bit of music. (The original Lucy in the Sky with Diamonds hits me about the same way.)

On the other hand, some of the other tracks are downright brilliant. I particularly like the way they managed to work some of the original music, for example the cantina band in “Being From the Spaceport of Mos Eisley.”

And if that wasn’t enough, they also put together a YouTube playlist to go with it so you can see watch story unfold and read (and sing) along with the lyrics.