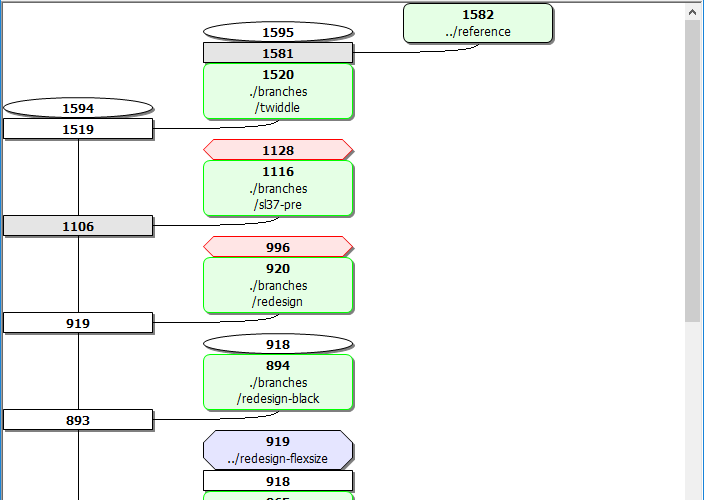 One of my co-workers retired back in the Spring, but still stops by to visit on occasion. He understood the importance of software source control, but had a few struggles with it. As he was leaving after his most recent visit, we had this brief exchange

It’s difficult to get much geekier than when you’re making source control puns.﻿

From the “So I can find it again” department…

Setting Up an Ubuntu Subversion Server

After converting the PogoPlug to run arbitrary programs, I was able to install subversion and manually run svnserve as a daemon (it’s in the manual, just run “svnserve -d”), but having to remember to do that after every boot is a nuisance.

A Google search for install svnserve as a daemon turned up instructions for setting up svnserve on Ubuntu, as well as a few scripts.  Obviously PlugBox Linux isn’t Ubuntu, but it was a step in the right direction.  Installing httpd during the initial PogoPlug hack had already introduced me to the /etc folder, the rc.conf file, and the rc.d subfolder.

Poking around in rc.d, I discovered the httpd startup script.  So now I knew where my svnserve script needed to go.  The Ubuntu setup instructions included several helpful bash scripts in the comments, my next step was to run “view httpd” and verify that it was also a bash script.  Knowing that, I could just use the new script verbatim.

Then I listed the files in /etc/rc.d and discovered that one of them was named svnserve.  Sonuvagun, the svn package included a script!

Well… that was actually the next to last thing.

After rebooting (“shutdown -r now”), TortoiseSVN would connect to the svn server, but it couldn’t find my repository atsvn://plugbox/test.  I’d forgotten that by default, svnserve serves up repositories in any directory on the entire machine.  My test repository was now located at svn://plugbox/media/external_drive/Subversion/test.

To go back to a short URL, I went to /etc/conf.d,  edited svnserve, and set

and voila! My repository was back at svn://plugbox/test