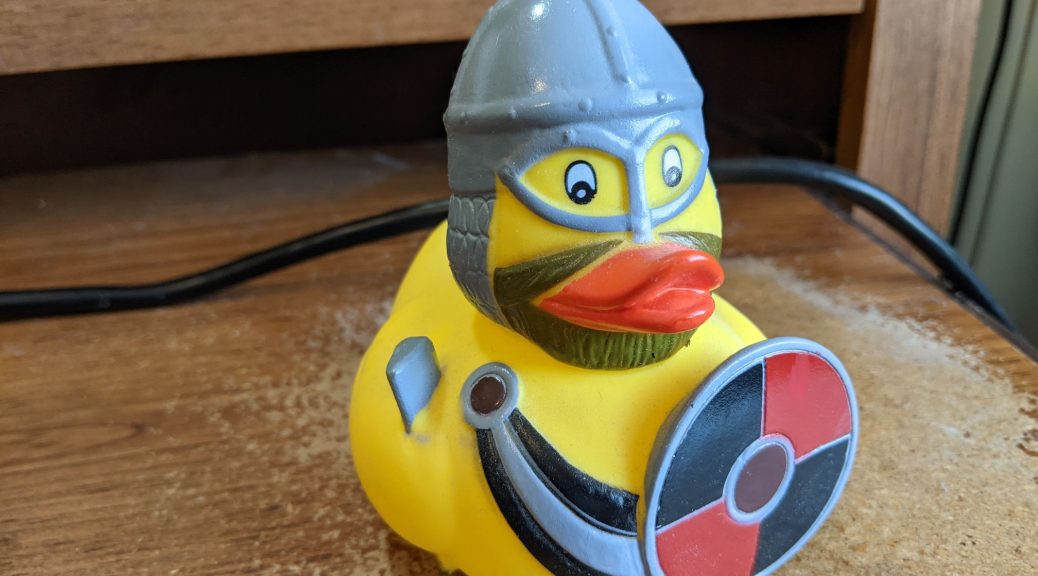 There is a bit of dev folklore about a developer who had the experience of people coming to ask for help with problems they had encountered. What kept happening was  that they would stop midway through explaining the problem and walk away with a solution. All without the dev saying a thing.

After this happened a few times, the dev realized his participation in the process might not be required. To test this theory, he put a rubber duck on his desk.

This practice has become known as “Rubber Duck Debugging.”

I’m not saying I’ve ever engaged in rubber duck debugging, but just yesterday I stopped partway through entering a support ticket and implemented the solution without any involvement from the support team….